WE ARE HAVING A COMP!

What:  A Bouldering Competition!

Where:  The Pad – San Luis Obispo

How:  Link to Register is below! 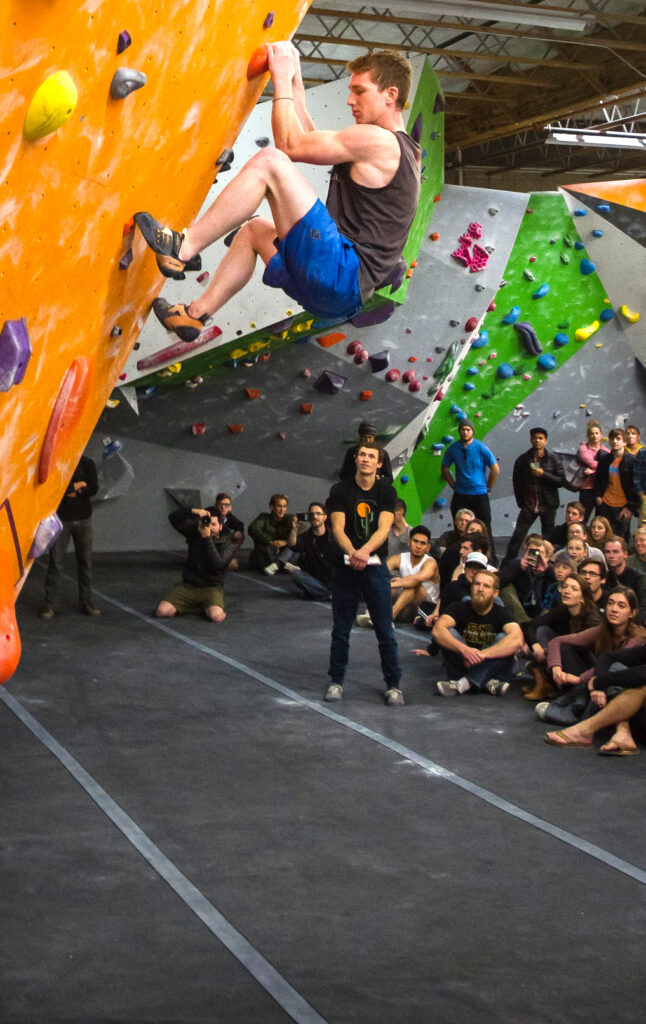 This Red Point bouldering competition takes place on the shorter unroped walls at The Pad – in our bouldering area. The Red Point format provides competitors the option to enter into the correct personal category for themselves.

The categories break down into Male, Female, and Youth.

The Male and Female categories break down further into Beginner V0-V3, Intermediate V4-V6, and Advanced V7+.

Each category will have their own top three winners and prizes, which allows all experience levels to compete to win!

This “competition” is meant to encourage everyone to try their best, be motivated by the amazing climbing community, and (mostly) have fun.

The normal bouldering grading system using V# is traded out during the competition, and replaced with a simple ordering from the easiest route to the hardest route in the competition. Competitors only earn points for climbs that are completed and have two signatures of peers who witnessed the entire ascent.

More points are given the higher the number on the starting hold card is. However, only the top 5 routes each competitor completes is used in totaling their score. All falls must be marked down next to the climb that was attempted, but will only be used to determine ties.

While climbing, nothing besides the specific color holds or walls may be used for assistance. Anything marked by red or black tape is not allowed to be used. All grey volumes are part of the wall and may be used by any and all climbs.

The competition starts at 10 AM sharp, and ends at 2pm, giving competitors 4 hours to complete their top five climbs and turn in their scorecard. After the results are announced, the top three Women and the top three Men of the overall competition will compete in an on-sight finals round starting at 3pm.

You can find out more about which cookies we are using or switch them off in settings.

This website uses cookies so that we can provide you with the best user experience possible. Cookie information is stored in your browser and performs functions such as recognising you when you return to our website and helping our team to understand which sections of the website you find most interesting and useful.

Strictly Necessary Cookie should be enabled at all times so that we can save your preferences for cookie settings.

If you disable this cookie, we will not be able to save your preferences. This means that every time you visit this website you will need to enable or disable cookies again.